Follow Simple & Sage
You are here: Home / Life / Why I chose to have a Planned C-Section Birth
0 shares

Why a planned c-section birth was right for me, and my account of the mixed emotions I experienced in coming to that decision.

I had a birth plan with Amelia. It wasn’t set in stone but, in my heart, I really wanted it to go according to plan. In reality, it was far from what I had planned.

Millie’s birth story took me a long time to be comfortable with. Silly, I know, but I felt defeated and like less of a mother for having “failed”. Failed is not only what I used to describe my labour, but it was classified as a stalled labour or “failure to progress”. On top of that, I followed SO many women who rallied behind the idea that a woman’s body is designed to give birth, so, clearly (in my mind) since I couldn’t I was less of a woman.

When we shared the news that a new baby would be joining our family, it was quite frequently followed up with the same question: will you need to have another c-section?

In speaking with my OBGYN after Amelia was born about whether I would need a c-section for future births she told me it was a 50/50 change but more than likely. For me, that meant there was a chance though. I was hopeful when I learned I was pregnant.

I approached this pregnancy with an open mind – let’s see what happens.

My doctor raised the question of a repeat, planned c-section. Really early on. My ‘let’s see what happens’ attitude went right out the door and was replaced with disappointment. I wasn’t going to get the chance to have a different outcome this pregnancy. I can remember holding back tears.

While Arthur and I have talked through the decision through and through, it doesn’t mean those feelings of disappointment don’t resurface sometimes.

Why a planned c-section Birth for us

Who doesn’t relish the idea of knowing exactly what date (even time) they will give birth! This perk is something many, and I mean many, moms express to me is an advantage.

After 36 hours of labour that did not progress, I can’t help but feel a little relieved to know that I can make plans and stick to those plans. With a toddler at home, that’s golden! Knowing exactly when means I can plan for Amelia well in advance of the baby coming. I can make time to take those last few days with her on her own and make sure she feels settled.

It’s funny how in one sense I’m relieved to have a plan for Amelia but also still struggle with whether a plan for my birth is best for our little guy. Definition of mixed emotions?

Then there’s recovery. I know what to expect, provided all goes according to plan. I can proactively pack clothes that will be more comfortable for an incision, buy compression undies, and know to hold my belly when I laugh or sneeze (I recall thinking I clearly did some damage after laughing once). With all the other curve balls a new baby can throw at you, knowing what to expect is a bonus.

On the flipside, I question whether I will feel sad about not expressing going into labour again. Call me crazy (it’s probably true) but I embraced the contractions. I knew it was pain for a purpose and I was ok experiencing it knowing that I’d be welcoming our daughter. With a planned c-section, that progressive pain with a purpose is nonexistent. It’s ok, I won’t be offended if you think I’ve lost it.

Contractions were painful but, honestly, not as bad as the pressure during my first c-section. Maybe using pain and pressure in one sentence is wrong because it was ‘painful’ by definition but the pressure was FAR more than I expected.

So much so that prior to talking with the doctors extensively I was more afraid of another c-section because of this. I vividly recall trying to deep breath through the pain – I recall that more so than seeing Amelia for the first time.

What I know now is that after 36 hours of labour not only are you physically tired, but your uterus is pooped too. The incredible pressure was because my body was depleted. I was also reassured that with a planned c-section I would have a spinal block rather than an epidural so I would feel much less. I’ve been reassured this by other moms who have had planned c-sections.

I can’t say I don’t have any mixed feelings about this element of my planned c-section. What this does mean is that if I chose to try for a VBAC and ended up requiring another c-section I would be in the same boat as last time. One point for planned c-section!

What the hell do I mean by clarity? Think about the incredible fogginess you feel as a brand-new mom. Now think about those first few days, throw in 1.5 days of labour, major abdominal surgery, morphine, and a tiny baby. Not exactly a candidate for remembering my name, let alone making decisions.

I was SO exhausted after Amelia was born that I felt like I watched things happening rather than participating. Here’s one example: Amelia’s first bath. Arthur and I talked about delaying Amelia’s first bath because there were benefits for her. When the nurse decided the night Amelia was born, hours after her delivery, that she needed a bath I knew I didn’t want it but had zero ability to speak up.

With a planned c-section I can avoid that. I won’t be so exhausted that I couldn’t communicate my intentions. Far more appealing!

So, why the mixed emotions?

The truth is, like so many moments in motherhood, it’s wondering if I’m making the right choice. Am I rushing? Should I let nature take its course? What if it’s too soon? Questions I’ll never be able to answer.

There’s also the stigma that my body is ‘meant’ to give birth. A sentiment that sent me into a tailspin after that theory was shot to hell. Did my body fail me? No! It left me feeling broken, weighed down by jealousy, and wondering what my ‘ failure’ meant about me as mother. I’ve healed but there is always a tiny part of me that becomes frustrated by the language used around birth. I wanted the birth story I read about it and I know, in part, that sneaks into my thoughts when I doubt my decisions.

With a little over a month to go before our little boy joins our family I’m letting the feelings come without second guessing myself. The date is booked, the plan is in place, and I know that the way he is born doesn’t change the mother I’ll be to him. I think it’s time that giving birth, no matter how it happens, is a story worth sharing.

More and more women are sharing my belief. Take Catie Atkinson who is depicting c-section scars alongside natural births in her artwork. What I love most: she herself had home births but wanted to her work to represent births of all sorts.

Cheers to that! If you’re sporting a scar, embrace it, wherever it may be!

If you’re in a position where you’re considering a planned c-section I hope to reassure you that it is normal to have mixed emotions and that you are no less worthy if your birth looks different than you imagined.

Did you have a planned c-section? I’d love to hear about your experience.

What to Expect from A Planned C Section Birth: Theodore Mason Cavasin

We’re having a Second Baby: A Letter to my First Born
Next Post > 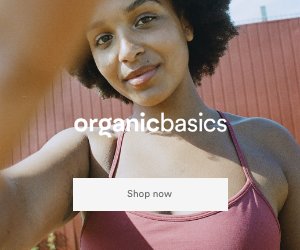 Simple & Sage acknowledges that it exists on the traditional territory of the Haudenosaunee and Anishinaabe peoples covered by the Upper Canada Treaties and with the land protected by the Dish With One Spoon Wampum agreement.